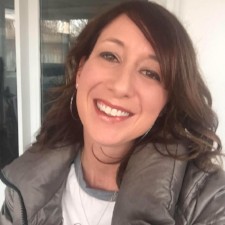 Megan is currently serving as Secretary for Sammy's Superheroes Board of Directors. Megan joined the Board in January of 2017 after serving as an active volunteer from the time of the organization's inception. Megan is the Communications Coordinator for the Center for Survivors, another local non-profit in Columbus, NE. She holds a Bachelor of Science degree in Communication Studies with an emphasis in Public Relations from Nebraska Wesleyan University.

Megan was inspired to join the cause of Childhood Cancer, as she is Sammy's aunt. When Sammy was diagnosed in 2012, she moved back to Columbus to be present for her family and assist in childcare for Sammy's siblings while his parents were with him at treatments. After finding out about the lack of funding for childhood cancer research and getting to know many cancer families through Sammy's journey, she wanted to become more actively involved in Sammy's Superheroes mission and decided to join the Board of Directors.