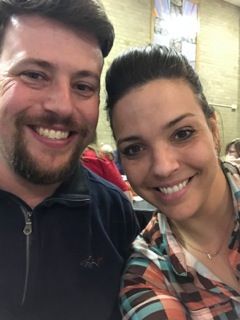 Megan Valorz joined the Sammy Superheroes Foundation Board of Directors in February 2018. As a mother of two young girls, Megan believes no parent should have to hear the words “your cild has cancer” without hope. As a Columbus, NE native, Megan is proud to be a part of a local non-profit that has had such an impact in such a short period of time.

Megan is a graduate of Columbus High School and attended Regis University in Denver, CO where she received her bachelors and masters degrees in accounting. She works as an accountant for Pillen Family Farms. When she’s not chasing her daughters around, Megan enjoys spending time with her husband Neal, golfing, running and watching football. Their family is a member at St. Bonaventure Catholic Church.